This post will be talking about LD_PRELOAD environment variables and what they can be used for. This is usually used in C programming as well as CTF style challenges. It will be a bit easier to understand the examples if you have prior C knowledge and basic Linux knowledge.

To talk about LD_PRELOAD, one needs to be familiar with static and dynamic linking of compiler

This method of the compilation will produce a fully standalone executable or a library file containing all the function definitions into just one file.

This method of compilation, however, will not be fully standalone, instead, it will rely on the existence of the statically linked libraries on the system. Normally they will search for directory paths such as /lib64 or /lib. When you have spent a sufficiently long time on a Linux system, you should have seen error messages while installing packages or running programs that look something like the following, complaining about the shared objects not being found.

This kind of error is common on Linux, and it can usually be solved by installing the necessary libraries.

GCC will be using dynamic linking by default. It means the program and the library will be loaded to memory during execution time and linked. If you want to compile it as static executable, you have to add -static to the compiler options when compiling. 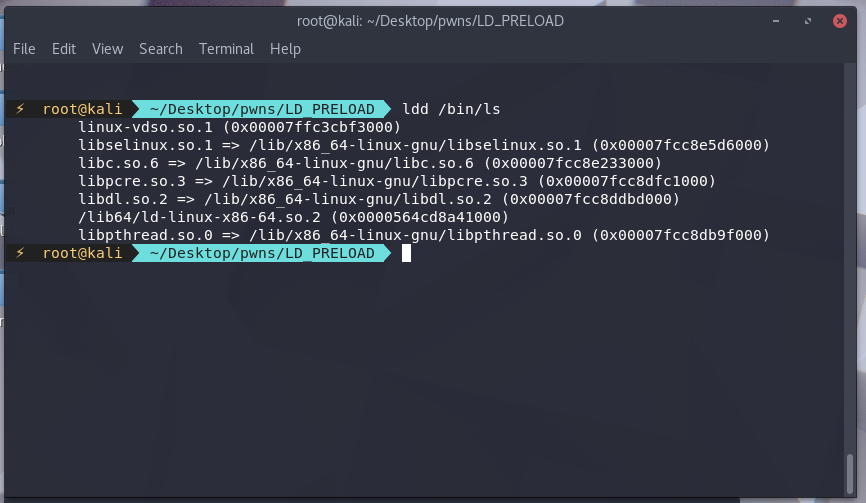 ldd command can be used to show the libraries that the binary is linked. In this case, it shows the dependencies of ls binary.

You can see the shared objects of the library ls requires, for instance, wlibc.so.6, and the path of the .so file on the system. There is one interesting thing about the picture, why does ls needs libpthread? I can’t think of any reason why ls would need multi threading.

In CTFs, you might see the following types of c program source code. This is simplified to show the LD_PRELOAD misuse. Let’s go ahead and compile the code. 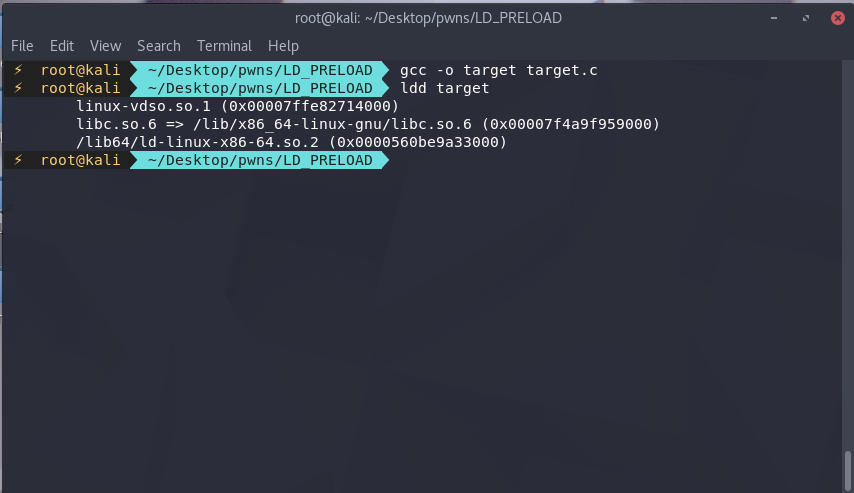 Notice that many c programs need libc, as it contains the functions like printf. This is a very simple program, that if you execute with a correct password, it will print the flag, else it will print wrong password.

The function we need to mess around is the strcmp() function. If this function returns 0, then it will successfully print the flag. So, let’s bypass this by misusing LD_PRELOAD. 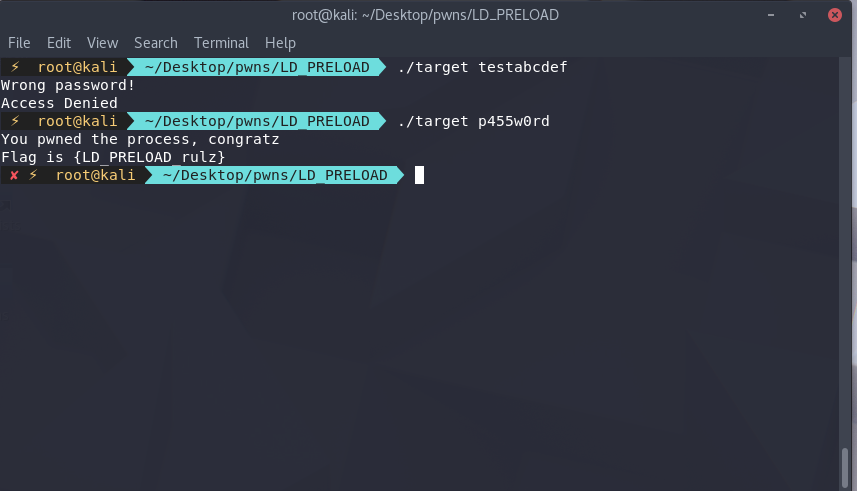 First of all, save the following code as hijack.c. It is a very simple function with the same function name and parameters as the standard strcmp() function, but it will do nothing but return 0. This will be overwriting the strcmp() later on. 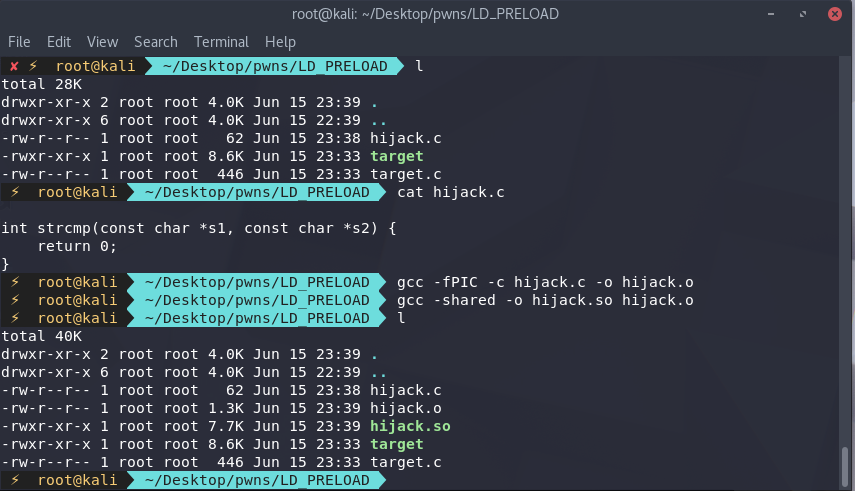 Compile the code as shared object

Now it is the exciting part, the exploitation. 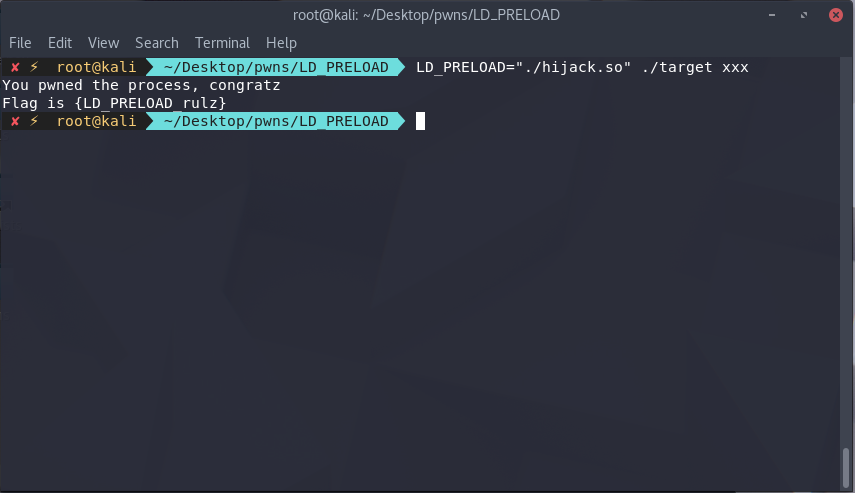 But due to the LD_PRELOAD, when the program asks for strcmp() function, it loads that function from hijack.so file, which of course returns 0. Thus PWNED.

This trick is useful in doing CTF challenges and it can lead to local privilege escalation. It is also useful in trying to do dynamic analysis of malware, etc, because you can easily write a function wrapper to tap into the function calls of the programs.

The magic of LD_PRELOAD for Userland Rootkits

How I got root with Sudo